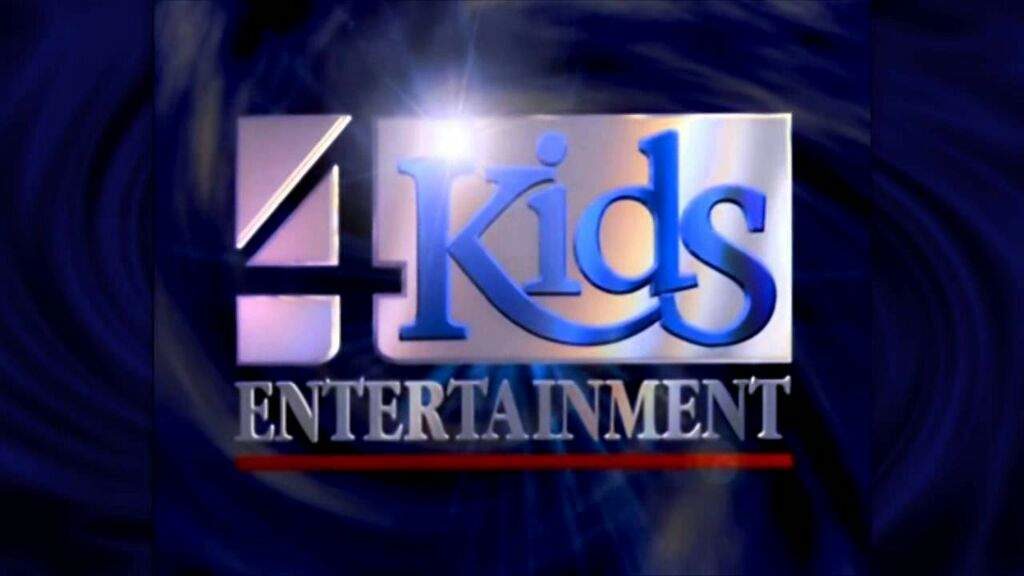 The Abject Failure of 4Kids Entertainment

You might say 4Kids is an easy target to talk about. You might also point out that they’ve filed for bankruptcy at least twice and is it really the best idea to kick a company while it’s down, especially when it’s such an easy target? Honestly, they’ve had the piss taken out of them by everyone and their eighty-year-old great grandmum. Still, the answer I’ve come up with is that it may not be the best idea ever, but it should be hilarious. But, instead of looking at a 4kids dub, I’m going to castigate the company itself so heavily that even its subsidiaries go sterile if it even has any. I’m also going to say outright that I won’t be looking at every bad decision they made to make themselves reviled. I’m pretty sure there is an upper word limit to these posts and I would hit it a hundred plus times if I went into every single little thing. Plus I’d have to extensively watch through their dubs for all the examples and I like my sanity and eardrums intact.

Let’s start with why everyone, and their pet dog, hates 4kids. To use a simple analogy, let’s think of an anime as an uncooked steak. The Japanese studio will season that steak with music and voice acting, possibly coming out with something really delicious. 4Kids will take that uncooked steak and they’ll cut out huge chunks of meat and fill the gaps with things that should never go in a steak like vinegar crisps, those jelly beans with weird flavours like lawn clippings or rotten eggs & actual faeces. Then they’ll season it with other things that should never be paired with steak like chocolate syrup, Velveeta & something that suspiciously has the texture, flavour and consistency of semen. Now, I’m not saying that 4Kids is actually feeding semen to children. I’m not the health inspector who goes to their board room and sees their executives gathered around the series with their trousers down and making suspicious grunting sounds. That got way more graphic than I’d originally intended, but I’m keeping it as is because I amused myself. The point I’m getting to is that that is a completely unpalatable steak at the point where these incompetent wankers have gotten done with it.

There seem to be two main motivating factors behind the things they change. The first as that they don’t want to seem like nerds who watch Japanese media, presumably because they think the athletes will take their lunch money, so they pretend that everything is ‘merican. So, when a character is eating a rice ball, they call it a doughnut. True fact, American children can’t eat rice balls. The climate causes the rice to expand in their stomachs and then they explode. So, they pretend the rice balls are doughnuts because that’s more ‘merican. Other completely true and not made up statement, in America doughnuts are designed to look like rice balls. Possibly so that American children don’t feel bad about not getting to eat delicious rice balls.

They also change character names, but not all of them. Anzu becomes a refreshing beverage that pairs well with biscuits. Satoshi becomes volcanic debris and so on. They’re really inconsistent about it, though. A character like Pegasus Crawford becomes Maximilian Pegasus, because Crawford was the strange part of that name, clearly. And a name like Honda is deemed too foreign but Bakura is a completely normal ‘merican name. That’s why they never pronounce it properly. Seriously, they pronounce it “Ba-kor-a” when it should be more like “Ba-ku-ra.” How hard do you have to fail to get a fecking phonetic pronunciation right? I guess phonetic pronunciations are one of 4Kids’ many weaknesses. They’ll also change lettering and just pretend that everything is set in America because Japanese & American cultures are completely interchangeable and this will surely lead to nothing being out of place. Some dumbass 4kids executive actually thought that. I sincerely hope they got sacked without any sort of severance pay. But that never seems to happen to the dumbest executives so they probably sacked a couple of hundred employees instead.

The other big motivating factor seems to be an over-reactionary attitude towards anything that someone somewhere might construe as being not child friendly. The weird part is that most of the content that they turn to absolute shite in their quest to not offend anyone is stuff that’s pretty old hat for American cartoons.

Take mentions of death and dying as an example. 4Kids absolutely refuses to mention the forbidden “d” word. Even though cartoons like Beast Wars have shown characters get killed in battle. For fuck’s sake, the 90s Spider-man cartoon showed Uncle Ben’s death, not graphically but we’re comparing a scene that very much gets the point across to mere mentions of the word. For that matter, how many of Disney’s children’s films have included death & dying at some point, besides the obvious most of them? Why the fuck would it be okay for these older cartoons to show death but not for these 4kids dubs to mention the bloody word? I would say their execs had their intelligence “sent to the Shadow Realm” where it got decapitated by a scythe wielding maniac and cannibalised by grotesque ghouls with rotting flesh, but that would imply that they, at some point, had something worth calling intelligence and I wouldn’t want to over-estimate them.

Then we’ve got guns. In all fairness, American cartoons are kind of weird when it comes to guns in general, especially when you consider how much America, as a nation, loves guns. I’ve seen plenty of guns in cartoons, but they always have to fire laser beams for some reason. Because guns are okay when they fire lethal lasers, it’s like laser tag crossed with Battle Royale. So, you’d think this would be an easy fix. Just establish that your guns fire laser beams. You’d have to make some slight changes whenever anyone actually fires but it would be better than just erasing them, yeah? Nope. 4Kids is made up of fucking morons. So, they just take the guns out. Which leaves you with awkward shots of thugs threatening someone by pointing at them as if they were holding a gun. Because that posing still works when they aren’t holding anything, according to some fuck nugget at 4kids.

And I know I’m using more expletives here than I normally would. I apologise if that comes across as ineloquent or even crass. But discussing a censorship heavy company kind of make me want to use profanity. I just imagine some fuckwit with the mentality of an executive at that company having an aneurysm over the word choice and then trying to censor the whole diatribe to be child friendly. Although I’m sure most of them don’t actually care. I’m sure most of them use profanity in their everyday lives & watch excessive pornography, because it’s hard to have a sex life when the person you’re trying to get involved with knows you used to work for 4Kids. It’s still an amusing mental image.

There’s also a Pokemon episode that 4kids “needed” to remove because it featured a character comically cross-dressing with fake breasts. You couldn’t possibly show that to children. You know, unless you’re Warner Brothers making a Bugs Bunny cartoon in the 1940s. Wait, they could show that in the fucking 1940s but you, 4kids, don’t have the ovarian fortitude to show the same type of thing five decades later? Five Jesus fucking Christ with a big floppy dildo decades? You’re a bunch of right weak-willed bastards, aren’t you? It doesn’t help that this dude cross dresses constantly for disguises so, why is it suddenly not okay when it involves a swimsuit?

They even shy away from mentioning that a character needs to pee. I’m not even kidding. There’s a scene in Duel Monsters where Anzu is fretful after sneaking aboard a ship with Honda because she has to pee. He suggests that she just go over the side of the ship and she gets mad at him for being a dumbass because she’s a girl and can’t just go over the damn side, Honda. 4Kids, being the worst, changes this so that she never mentions needing to use the bathroom and he just has a nonsensical line about the sun coming up soon. I’m pretty sure the Animaniacs had way more risky gags than that. In fact, I know damn well they did because I’ve seen the fingerprints/conjugation scenes, but that series was also good and not handled by complete and utter toolboxes.

Then we have the acting. 4Kids is a company that had such horrendously awful voice work that even the people who watch and enjoy English dubs frequently refuse to have anything to do with the ones done by 4kids. Yeah, when I dislike an English dub that’s just a moment of “no surprise whatsoever” but when even the fans of English dubs think you fail, that’s when you’re the actual worst at voice work.

Ultimately, it’s not anything of a surprise that 4kids has gone bankrupt at least twice. They’re one of those companies that bitches, cries piracy and blames the consumer when they fail, but really they’re a licensing company that grossly mishandled their properties. They had a potential audience of children who saw what they put out as fun cartoons and adult anime fans. Then they quickly alienated those anime fans by doing a complete hack job (double meaning intended) with the properties.

What they either didn’t know or didn’t care about is that anime fans in general, myself included, hate censorship. We don’t want the watered down, shit-filled versions of anime. We want the anime as intact as feasible. We aren’t going to open our wallets and spend our hard-earned money on a markedly inferior product. 4Kids can wail all they want about how pirates took their sales but the honest truth is that they told anime fans, in no uncertain terms, that they don’t want our money. They established that their audience wasn’t anime fans nor did they want it to be. Then they acted like they were absolutely shocked when anime fans everywhere said “fine, we won’t give our money to you but we will hold up our middle fingers for you to have a look at.”

Ultimately, it was a very basic failure of the first rule of business. You give the consumer what they want. In this case, the consumer wanted uncensored anime. The consumer wanted DVD releases with dual audio. 4kids wouldn’t provide either of those things. They insisted that the one true version was the pile of utter rubbish they’d reduced the anime to. And they were notorious for only ever releasing their horribly dubbed version. Because… subtitles are expensive to put in? Let’s be honest, it’s a good thing they’re gone.

Even if they did manage to resurface after their latest bankruptcy, they’d have to demonstrate that they’ve extracted the massive oaken saplings from their anuses and they’re ready to just let the properties be if they want any hope of courting that lost audience. Even then it would take a while of not fucking up since they’ve been known for their unmitigated douchebaggery for literal decades. Realistically, I don’t suspect we’ll see them back. Even if we do, I very much doubt they’ll have learned anything. At best they might make some minor concession like not calling rice balls doughnuts while continuing to do everything else wrong. So, I’ll conclude by saying that I hope you’ve enjoyed my little retrospective & fuck 4Kids and everything they stand for. Fuck them with something long, hard and with the consistency of sandpaper.