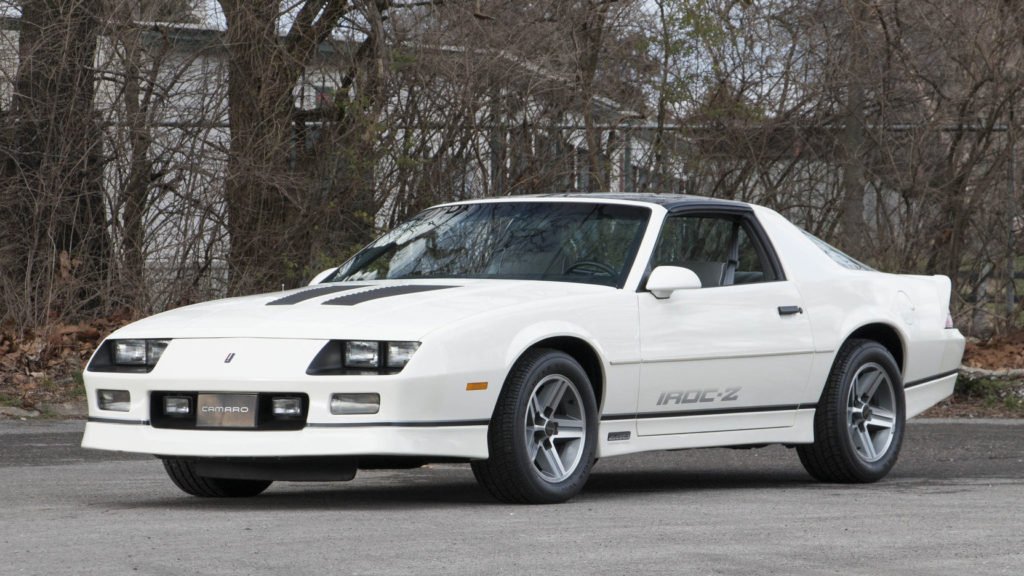 The car industry boomed numerous time, specifically when the muscle car era came in the ’60s. The Muscle car had ups and downs over time and the 1970s was possibly the hardest decade for it. To top it off, building a great muscle car back then was almost like gambling because some cars ended up being unforgettable, others became utter failures and some were still great but fell into the terrifying abyss of the forgotten.

Based on its cousin the Hurst, this car was meant as a concept eventually sold on street. It was equipped with a 5.0 Liter standard 307 c.i. V-8 cylinder, a truly dependable block that had such great quality, it was even equipped in Cadillacs. This car was destined to be on the race track according to the company but its life was short lived.

It had very interesting features like the special tent/black-coated grill (which is where the “Darth Vader” nickname came from), humongous ground effects and unique cast alloy rims.

Unlike the average large-body muscle car for the time, this car produced a sad 200 horsepower and 250 lb/ft of torque at a heavy 3600+ pounds. The car’s performance was okay but disappointed the testers. The car sold less than expected and therefore had a short life, only being sold to the public for a year or so and sooner or later forgotten.

The car maybe wasn’t the best from Oldsmobile but was unique/incomparable to other muscle cars and that’s what made it special. Sadly, the car just didn’t get the recognition it deserved.

As famous as the 300C was, the 300C was named the First American Muscle car and was given the title of Fastest American Stock Car, but was really just a personal luxury car and was the weakest of its siblings: the 300B, D, K ,etc. Let’s start with the 300B.

With modified tailfins and a bodily change here and there, it was literally successor to 1955 300C. The B which debuted in 1956 with a 5.8L 354 cubic inch engine, this car produced an amazing 340 to 355 horsepower, straight from the factory.

This was the Base version, but a small number had fuel injection which caused problems and was soon replaced with twin-quad carburetors.

The car topped out at over 156 miles per hour. Only 809 were produced and 1958 was the only year the car was produced. The car looks weak and friendly, but any person that is a muscle car fanatic can tell you this is the perfect example of a sleeper!

With a 413 cubic inch 6.8L (man, that’s big), it was inefficient because it produced 380 just like the previous models, but this is still a lot of power. The car had swivel seats.

A tuned 300F, simply because the 300-Series was getting boring, so Chrysler took the 300E’s 413 cubic inch 6.8L engine and installed what was called the “cross-ram”, a special Chrysler intake manifold.

A racing version of 300F was introduced and the car was known as the “Short-Ram”. Long story but the horsepower was boosted from 375 horsepower to 400 hp.

The toilet-seat trunk caused people to question their liking to the car so Chrysler threw the entire project in the trash that same year in 1960. Only 15 “Short-Ram” Chryslers were made.

ASC McLaren(Mercury) Capri: I’m not done yet but will include many more.

American Specialty Cars (ASC), in the ’80s known as American Sunroof Corporation took Mercury’s Capri(1970–1994) and reshaped a lot of stock parts around the car.

ASC changed the camshaft and other things like the tire size, roof(convertibles)/basic fine marks on the sides. They also changed the wheels, installed Campagnolo head/taillight covers, w/ground effects to finish off.

As you all know, the Corvette had an unbelievable number of different packages to choose from and one special racing package Chevrolet offered for the Stingray was the C2 Stingray, C3, later the C7 Stingray and the ZR1 today (the C8 which will debut in 2020), code-named the L88.

I’m sure there were even several versions, but one I just HAVE to point out is the C3 L88, equipped with a 427 cu in., a 4-speed manual transmission and three carburetors, usually what you’d see in a muscle car, but this car topped out at 171 miles per hour – NOT common in muscle cars ever. The car could produce between 550–570hp.

This car gained popularity almost over night, winning famous races like the Sebring 12-Hour Race or even the Daytona 24-Hour.

The car was water-cooled.

Sold from 1968 to 1974 with two generations globally, this car seems to be more respected for it’s racing status rather than just being a muscle car.

The car was then entered into the Trans Am Series where at the time, many cars from various classes and upgraded bodies competed. The AMC won twice consecutively and 3 times in all.

The car seized production along with the entire company. Sad.

American Motors designed a concept car in 1966. In 1968 the car was renamed the AMX(American Motors Experiment), equipped with a new 390 c.i. with 315 horsepower as an additionary engine with 3 fractory transmission choices available.

The car was unusual for its class b/c it was a two seater and therefore uniquely similar to the Corvette.The crankshaft, bearings etc. were larger than that of the 343.

As stated by Wikipedia, “IROC” redirects here. IROC may also refer to the Chevrolet IROC-Z Camaro, the Dodge Daytona IROC or to the Volkswagen Iroc concept car.”

“Not to be confused with Race of Champions.”

“International Race of Champions (IROC) was a North American auto racing competition, created by Les Richter, Roger Penske and Mike Phelps, promoted as an equivalent of an American motorsports All-Star Game. Despite its name, the IROC was primarily associated with North American, oval-track racing.”

The Chevrolet IROC-Z or simply known as the IROC was Chevrolet’s version of the pony car designed for the racing division of which it was named after. ’82(kind of ‘85) to ’92 was its production run. The car is one of the top muscle cars for car enthusiasts.

A lot of you are saying this car isn’t forgotten and its certainly more remembered than the other muscle cars here, but after knowing about the car’s original recognition and the legacy it left behind, you’d probably agree. This was one of the most stolen cars in the 1980s.

The once booming muscle car class was utterly destroyed by the oil crisis, increasing insurance liabilities, etc. Another muscle car born in the wrong decade – the 1970s.

Just over 300 horsepower but over 500lb of torque! Originally anyway. In that day and age, muscle cars were forced to become economical with people now thirsting for cheap economy cars altogether, destroying muscle car sales. I guess Pontiac thought, “let’s go out with a bang” or something so they introduced this tank w/ it’s Formula brother.

1971/1972 were when Pontiac tried to show off its new ‘invention’ but they were forced to delay until ’73 due to gov’t regulations. Changing a lot of things(long story –

“By the time Pontiac recertified the engine, with a revised camshaft and commensurate carburetor adjustments, the horsepower rating was revised down to 290. It was the spring of 1973, but the cars didn’t roll off the line in meaningful numbers, creating a significant customer relations problem. The company had stacks of preorders for cars it couldn’t deliver. By the end of 1973 only 295 Super Duty-powered Firebird models had been built: 252 Trans Ams and 43 Formulas.” – 1973-1974 Pontiac Firebird and Trans Am Super Duty

This was still astounding and even today with all the models and variations this is still amazing, especially for a rear-wheel 3800lb gas guzzler like that.

For some, it was disappointing to lose some of the power it had. The new EGR(exhaust gas recirculation) took a lot of it away. Pontiac decided to be sneaky and installed a solenoid to shut it off after 53 seconds. The EPA caught on and made Pontiac remove its solenoid and paint the engines a different color so the inspectors would know if the solenoid was replaced.The SD-455 package was an option for the division’s Grand Am, Firebird and Le Mans, then reduced soly to the Firebird Trans Am/Formula.

During this short 3 or 4 years, the vehicle was an astonishment to car enthusiasts. Today they go up for about $200,000 at auctions, mostly because of its small production numbers(about 1300). Sadly, the cars legacy and even the car itself is rarely mentions and many people haven’t heard of this amazing car.

If you liked our article on 10 Forgotten Muscle Cars and would like to immerse in more of such interesting reads then you should head to our homepage to indulge in more such delicacies. Happy Reading! 🙂