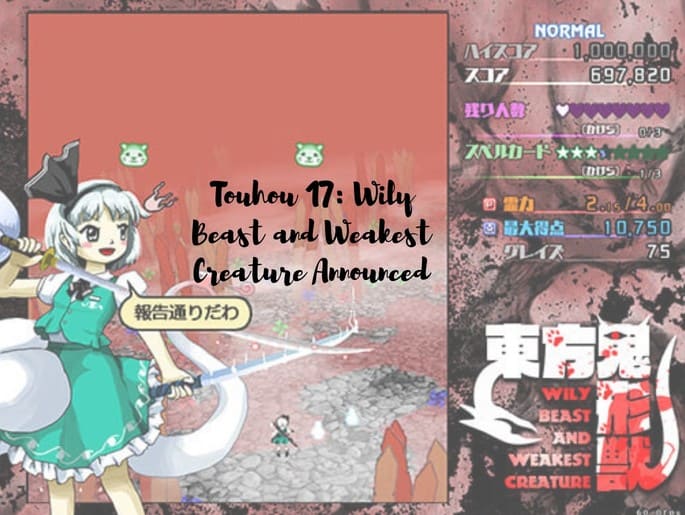 On 2019 April 17, ZUN, dubbed as Team Shanghai Alice, the only member and sole creator of the popular vertical shooter game franchise Touhou, announced on his blog that the 17th instalment of the series is in progress.

With the two usual protagonists; Reimu and Marisa, who are regular playable characters from previous games.

Konpaku Youmu, the fan-favourite half-ghost gardener will also make her reappearance as a playable character since 13th instalment. ZUN stated that this game will be a bit ‘aggressive’ with animal elements.

The story will take place in Hell and will involve animal spirits so there are fan speculations that it will have something to do with official manga print work of the franchise: “Touhou Ibarakasen: Wild and Horned Hermit” which will reach its conclusion next month, but none of it is confirmed yet.

Although the popularity has somewhat died down recently, Touhou is still widely well-known among anime and retro game fans as a challenging Shoot’em Up series.

With its comeback of the prequel games such as Touhou 16 and 15 to Steam, we fans are hoping the franchise will get more recognition it deserves.

It was also announced that a trial version will be playable on 2019 May 5 at Reitaisai 16 (the yearly Touhou-only convention).