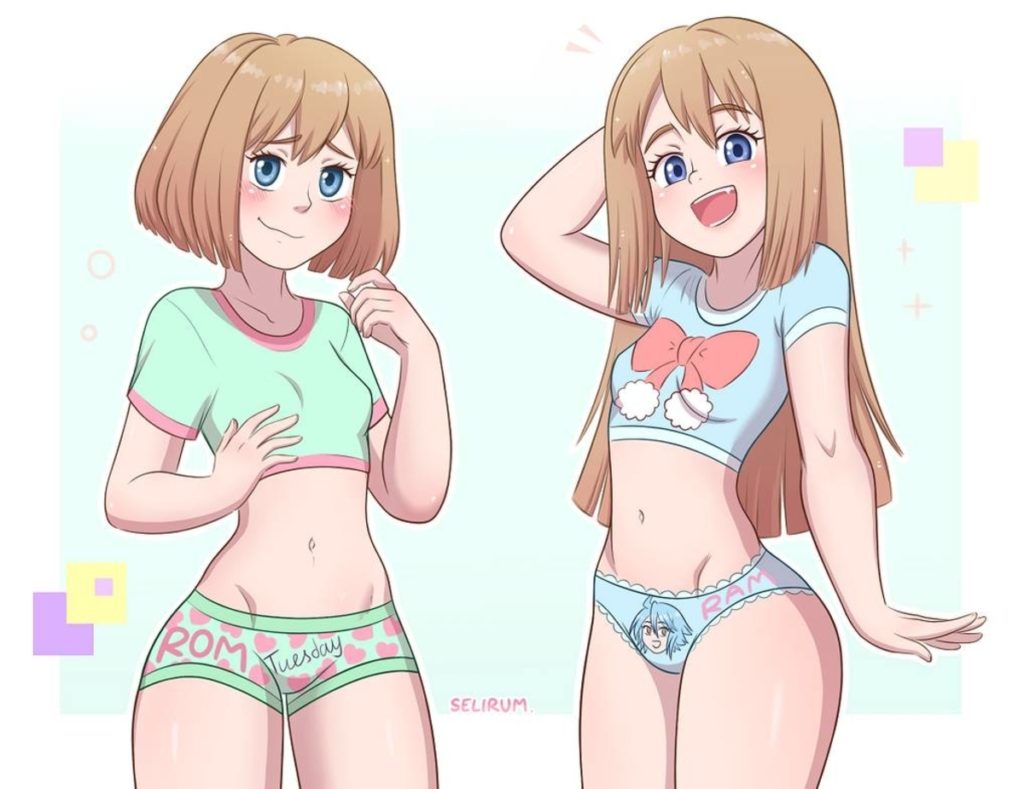 Yeah, I know. That’s what you guys think whenever you see a moe anime, right?

Jokes and sarcasm aside, I can relate where you’re coming from if you’re one of those people. There are many prejudices and hypocrisies floating around about moe, even among some veteran anime fans. And I can’t defend 100% of them. But I can at least guarantee that most moe shows are NOT what they’re being accused of.

What is CGDCT or Moe Genre?

First of all, let’s start with what is “Moe” genre, or “CGDCT” in general, in case there are newcomers. CGDCT stands for “Cute Girls Doing Cute Things”, an internet meme term created for the sole purpose to describe this particular genre. (Don’t complain to me about how lame it sounds. I’m not the creator.)

Such genre includes literally nothing but showing 4 or 5 cute girls and their not-so-eventful daily lives, spiced with some comedy which are funny or unfunny depending on your taste. That’s it? Yes, that’s it. No story, no character development, and more importantly, NO ACTION SCENES. If you’re one of those people who thinks “An anime isn’t good if they don’t fight”, then the exit is on the left.

Then what’s so good about this genre? Nice question. This will be all my personal preferences but I don’t think it hit very far from bull’s eye from your regular moe fan’s perspective.

One strong point of CGDCT is that they’re very SoL (Slice of Life) focused, and anyone who enjoys similar SoL shows like Barakamon will find fancy in this genre, especially if he or she is someone who can accept anime girls are “cute.”

Nothing beats watching an SoL episode after a long day of work just to relax, at least in my opinion. And they’re the best kind of shows to insert and watch in between heavily story-focused shows like Attack on Titan or sausage fests like One-Punch Man you’re marathoning, or if you want to take a break from them to ease your mind.

Yeah, I said their comedy is funny or unfunny depending on the taste, but there’s no show that makes unfunny jokes on purpose. It’s a hit or miss situation. And you can say whether a CGDCT show is good or bad generally depends on whether they’re actually funny or not.

That welcomes the 2nd batch of ‘anime-girl-loving’ gentlemen into this genre when they’ve already watched and love comedy shows like Daily Lives of High School Boys.

This is the strongest point IMO about successful CGDCT shows. Since the shows don’t have a driving story, the main driving force of them is undoubtedly the characters.

The above meme shows a scene from Gochuumon wa Usagi Desuka? (Is the Order a Rabbit?) which is probably the most popular CGDCT show in Japan. In the pic, the happy-go-lucky and kinda stupid Cocoa (orange hair) is making a joke, and Chino (light blue hair), a quiet-and-calm introvert who’s also a lot younger than Cocoa is making a jab.

Funny or not isn’t my point but you can say the comedy comes from characters’ personalities rather than acting out from a script. Now imagine reverse roles for both of them. It’s hard to imagine, right? Characters having actual personalities and you can relate or form deep connections with them like they’re real people is one strong point of CGDCT, no, the entire Slice-of-Life genre in general.

Once in a blue moon’s chance, there will be a CGDCT show which has a story, or drama in an adventure form like Sora yori mo Tooi Basho (A Place Further than the Universe) as shown above.

Now it’s debatable that this kind of show is whether a CGDCT or not, but that’s not the point. CDGCT has come so far that it’s mixed with action (Toaru Kagaku no Railgun, Koihime Musou), supernatural stuff like angels, demons and vampires (Gabriel Dropout, Tonari no Kyuuketsuki-san), or heavily comedy-focused (Azumanga Daioh, Asobi Asobase).

So… You get the point, right? If you’re interested in those elements, such shows might be a good first step for you if you want to dig deeper into this genre.

6. So what? Your shows are literally perfect and they’re god’s work?

Now now, tone down sarcasm and jumping to conclusions a bit. I said I can’t defend them 100%, didn’t I? There ARE some shows which promote mild sexualization to underage girls (aka infamous ‘lolicon’), like Uchi no Maid ga Uzasugiru! (My Maid is so Annoying!) above. And I can’t deny most CGDCT shows have subtle yuri tones. To be honest, they’re the reasons why such bad rumours about the genre circulate, prejudicing the entire concept and blinding the eyes of the masses.

Now, I won’t say such shows are whether moralistically ‘bad’ or not because my policy is “Anything goes in fiction.” But such shows are not the entirety of the genre and you can’t forget every genre of every entertainment medium have their good and evil, and moe genre is no exception.

If you’re already a fan of the genre, neglect people (or try to explain it to them if you’re someone like me) who have such prejudices and trying to stay away from the genre like a plague.

I’d be super happy if, at least, even only a single person read this article and tried to change his or her perspective about CGDCT (or moe in general), then it’s worth writing this sacrificing 3 hours of my free time.

If you liked our article on All about CGDCT or Moe genre and would like to immerse in more of such interesting reads then you should head to our homepage by clicking this text. Happy Reading! 🙂