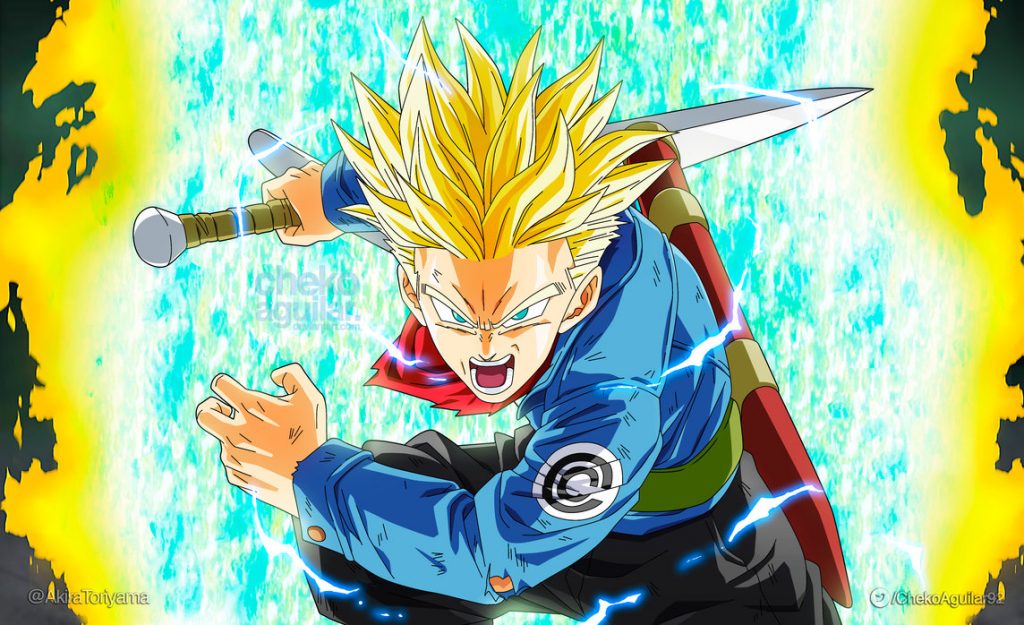 As you probably know by now, Dragon Ball has many plotholes and butt-pulls. There are much controversy and debate around certain things surrounding the multi-series’ content. One of those things is how Adult Future Trunks achieved Super Saiyan Rage, or even what Super Saiyan Rage is?

Maybe finding out how Trunks ‘invented’ the form will explain both. There are two possible scenarios.

Early in DB Super, Beerus stated something about the ‘contagiousness’ of God Ki. What that was about I do not know. Many might not remember him saying that. This shouldn’t be surprising because it was even before the tournament that Beerus had with his brother.

Basically I thought about what he said for a while – being so curious on how God Ki worked/why people hyped it up so much. Then I noticed that God Ki WAS contagious in a way. The ritual for Super Saiyan God required not the basic Ki but the actual life force energy of the saiyans.

A sidenote: most energy waves in DB are of general basic Ki but others use life force energy – ex. Tienshinhan Blast Cannon

Life force energy is pure, or at least purer than regular Ki that we often see in attacks like Galick Gun, Kamehameha, Solar Flare, etc. With the purer energy(and the use of concentration), Goku’s personality was changed by the energy given to him making him calmer/less malicious in that state.

The saiyans are also strong so their energy had heavy influence on Goku, especially Vegeta who is on the good side now.

At least one person coming in contact with Vegeta and Goku while in their God states have a connection with God Ki. Trunks did come in contact with ssjgss Vegeta multiple times. Thinking back to what Beerus said; there’s a chance that God Ki can possibly be absorbed depending on who’s touching each other – Vegeta for example being a strong character: hence why his energy has such great influence.

Of course, there’s the scenario where a pure-hearted person is needed for the ritual. Trunks came in contact with Goku as well(pure-hearted). Trunks may not be pure-hearted but his heart is good and being a Super Saiyan is probably how he was able to absorb ssj God Ki if it didn’t just make it easier(or his body could’ve absorbed God Ki and mixed it with ssj).

Similar to how Goku absorbed the Spirit Bomb, except with natural energy instead of God Ki.

With this being said, Trunk’s desire to preserve life is similar to Gohan’s. Trunks nearly went insane with anger(ssj) from all the destruction Zamasu caused so there’s a possibility that the spiritual Ki from his extreme emotions of tenderness is what gave him the unbelievable power – considering God Ki is much stronger than Super Saiyan energy.

Trunks underwent something similar to what the saiyans went through in the past: using anger and extracting spiritual without knowing, where it was pushed out with his saiyan energy when he powered up. Super Saiyan states require the sudden burst/release followed by a constant flow of energy.

If people disagree, I just want you guys to know that based on how Trunk’s Rage aura behaves like ssj God Ki, what else do you think it could be? Trunks has unlocked ssj2 but it’s obvious an ssj2 is no match for either Zamasus.

So these are the two possibilities for how Trunks may have achieved the form sense once again, Toriyama doesn’t explain anything. What are your thoughts? Any inferences?